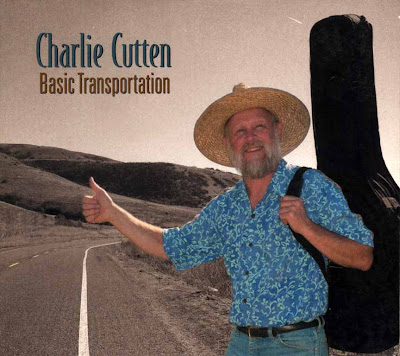 A few years ago I spent a day helping a neighbor build a recording studio. Though I'd done a lot of paid carpentry work for him, this day was spent as volunteer labor, sort of in the spirit of a barn-raising for music. One other man showed up to help, a gentle cherub of a guy with a twinkly grin and a white beard. This man was Charlie Cutten.

Charlie was recording, or had just completed, his first CD. On this day he cheerfully wielded a hammer and staple gun. I don't know if he regularly worked as a carpenter - in La Honda, carpenter/musician is a common occupation. Most days, Charlie wielded a Martin D-35 guitar. He drove an old baby blue VW bug. I liked him on first sight. I can't imagine anybody who wouldn't. 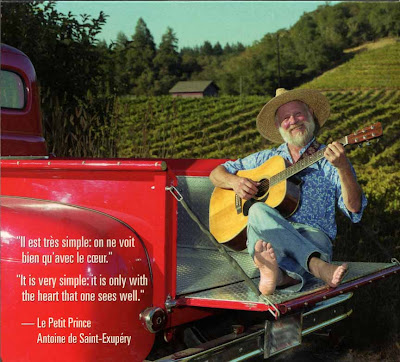 Five years ago in April I was hiking in the hills overlooking La Honda when I heard sirens on the highway in the valley. From the distance, the sirens had a soft, almost musical sound. A few 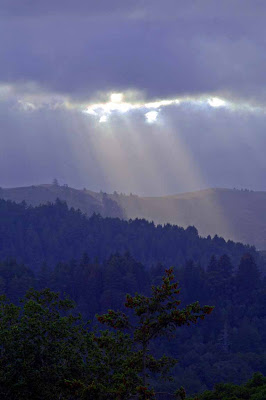 minutes later a medical evacuation helicopter flew over the mountain and slowly, carefully, dropped into the valley. A while later, the helicopter lifted upward, over the trees, as I watched from the hills above. A chill ran through me. From nowhere a thought flashed into my head: There rises a soul on its way to Heaven.

I found out later. It was Charlie. A car had crossed the center line and crushed his little blue bug.

Charlie Cutten's CD is, quite simply, the most wondrous collection of original guitar pieces I've ever heard. Lovely, inspirational, disciplined yet exuberant, he blends folk, jazz, classical, and I believe a bit of church music into his melodies. You can still buy it on CD Baby, and for fifteen bucks, that's a deal.

Charlie, you touched a lot of lives, and we're the better for it. Thanks for being here. 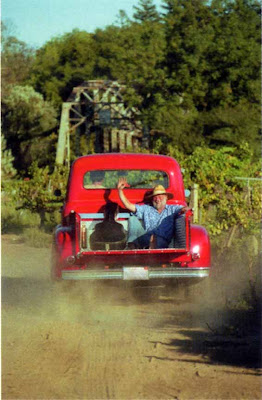 Posted by Joe Cottonwood at 7:31 PM