Babcock: The podcast is live! 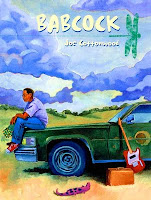 At last! The first five episodes of the Babcock podcast are now up and running! I'll be adding one or two episodes every week until we reach the end - there will be 13 episodes in all. You can download the podcast directly from podiobooks.com (warning, this requires some technical smarts) or you can do what 98% of my listeners do (including myself) and download the podcast episodes from iTunes. Just go to the iTunes "store" and search for Joe Cottonwood. They're free.

For all you Susan Walker fans, she's back and covering multiple female roles, multiple ages, multiple personalities, each with a distinct voice and with Susan's sensitive interpretation that adds so much to the meaning of each character. 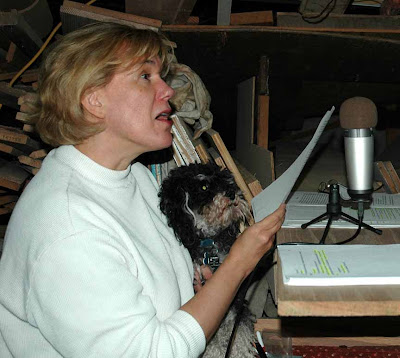 One new voice - and the only female role not covered by Susan Walker - is Caroline Graham doing the voice of Kirsten. Caroline does an amazing interpretation of a spirited 13-year-old girl. Since recording the podcast with me, Caroline just appeared in a stage production of the rock opera Tommy. She's done Shakespeare, too. She's also a writer. You'll be hearing more from this talented young woman. 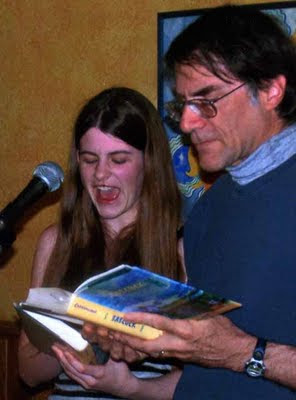 Playing the role of Danny (as he also did in the podcast of Boone Barnaby), you'll hear the voice of Michael Minard. Mike has written music for several movies and tv shows (including a long run on Sesame Street) and is a wildly popular music teacher in New York and Oregon. 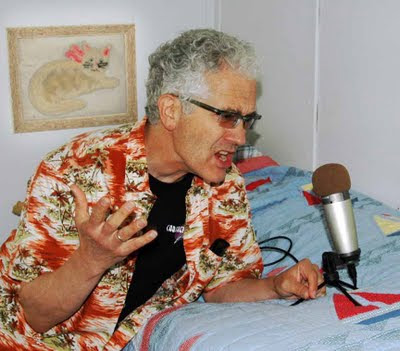 The role of Boone is voiced by Aidan Wing, who is both a talented musician (he's one of the instrumentalists on the Clear Heart music) and a careful carpenter: 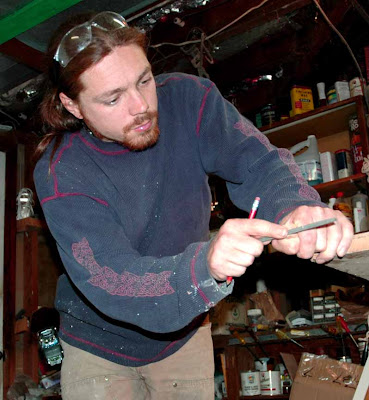 Another local La Honda talent, David Rock, supplies the voice of the character named Law. (He's the one on the promo shouting "Go. Go, man!") 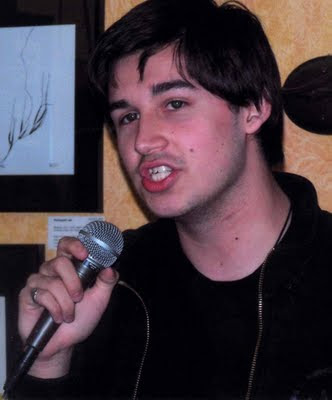 Will Fourt plays the role of Dylan. Also, more importantly, he's the singer and co-songwriter of all the music on the Babcock podcast. It's such a pleasure to write songs with Will. He was also the singer on the Boone Barnaby and Clear Heart podcasts. 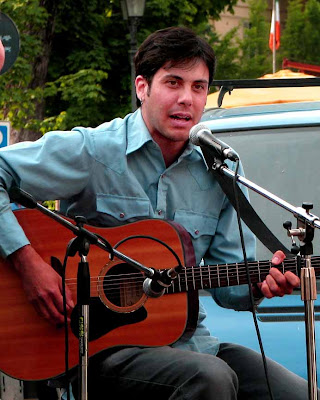 Posted by Joe Cottonwood at 8:10 AM No comments: 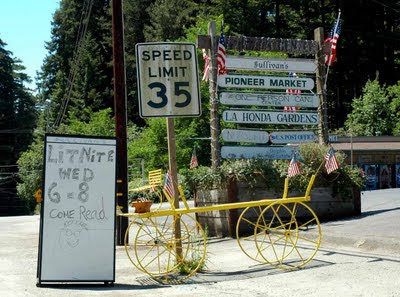 Join me at Sullivan's in La Honda on Wednesday, August 26 starting around 6:30 for some tears-in-your-beer poetry. Oh, and also, we seem to have developed a reputation for reading poems about "genitalia," as Jane Sullivan so delicately puts it. Not so. We treat all of the human body with equal irony. And, really, our subject matter is the human heart. Bring your own body parts, and come listen. 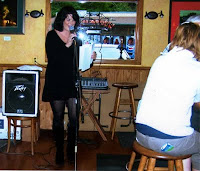 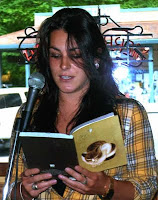 I've posted a photostream of recent readings at this flickr location. Please note that almost everybody is fully clothed. This is, after all, a serious literary event. Plus a bit of stand-up comedy.

Ground rules:
1) Buy something to drink. It pays the rent, plus it makes everybody more friendly.
2) Keep it under 10 minutes.
3) Dress code: Whatever. Or nothing.
Posted by Joe Cottonwood at 4:34 PM No comments:

A nifty web site called Smashwords has made two of my books available for downloading onto iPhones, Sony e-readers, Palm e-readers, Kindle e-readers, regular cell phones, laptop computers, wristwatches, whatever platform you prefer. You can sample 50% of each book for free and then - gotcha! - you have to pay to read the second half. It's pretty inexpensive, though.

The future of publishing is e-reading, though the publishers are as clueless as the music industry about how to handle it. Smashwords seems to have the answer: easy, cheap, and user-friendly to the reader. Also, to be honest, Smashwords is generous in sharing its income with the authors (unlike, say, Amazon - or any print publisher).

So if you've been itching to read them on your cell phones - or on your laptops - now you can.
Posted by Joe Cottonwood at 4:50 PM No comments: 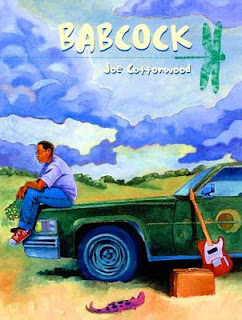 It looks like the web host has resolved its problems, so I'll begin uploading my podcast of Babcock today. After a few days of grinding through the technical sausage-maker, the podcast should be available for downloading. I'll post a notice when it's "live."

Meanwhile, here's a preview: Babcock Promo. It's an mp3 file, and it's two minutes long.

While the web host was under reconstruction, I couldn't check my download statistics, but now they're back and I see that for example, in one day -- yesterday -- there were 178 downloads of the Clear Heart podcast and 75 downloads of the Boone Barnaby podcast.

It's amazing to me. Instead of tapering off, the downloads of both podcasts keep accelerating. It's totally viral. I haven't publicized either podcast for a long, long time.

(The cover image of Babcock is the original bookjacket, which was painted by Shane Evans.)
Posted by Joe Cottonwood at 11:54 AM No comments:

One of the best book review blogs out there is called Bookslut. As you can tell by the name, it has a female, somewhat irreverent point of view. In their August issue, Colleen Mondor wrote this review of Clear Heart:

is a realistic, if somewhat turbulent, look at the lives of hard working men in the California construction business. Anchored by two characters, Wally the contractor and Abe, the teenager he employs and befriends, it includes numerous secondary characters all of whom revolve around a plot based on building houses in a business climate that does not always reward honesty. When Wally finds himself teetering on the edge of bankruptcy after a client turns out to be a liar and a cheat (and an appallingly bad businessman), it is only through the good will he has engendered over the years with the people who work with him that he has a shot at

saving everything he loves. Abe, swinging a hammer for the first time in his life, becomes a student of male behavior in the midst of all this drama, the new kid who is at first the victim of harmless pranks but soon graduates to dedicated apprentice and valued crewmember. Abe sees the kind of decent man Wally is and finds a great deal of value in his life and the lives of those who are part of his world. In the end, author Joe Cottonwood succeeds on multiple levels with the novel, from exploring the nature of responsible relationships, both romantic and friendly, to revealing the high value and reward of an honest day's work. There is also, at a very critical juncture, a road trip.

The road trip is the kind of frenzied last minute rescue that brings the book to its soaring conclusion and wraps up multiple relationships. Abe and "FrogGirl," a second apprentice (the name is quirky at first but becomes very significant), set off in a temperamental vehicle to transport a large bell from the east coast to the west. Nothing works out the way it should and Abe ends up questioning love. It's funny, very tender, and enormously, tremendously human. In fact, Clear Heart just might be one of the most human books I've read in a long time.

Update (a day later): Apparently there was supposed to be a third paragraph in the review - a caution to teen readers about "sex of a real and raw nature" - which has now been restored on the Bookslut web site. Here it is:

Clear Heart was written for adults but Abe and FrogGirl are key to the story and both of them are transformed in significant ways. There is no mystery here, just a dozen small moments of hard work and deep thoughts and why both are important. There’s some sex of the real and raw nature (as in actually doing it as opposed to just talking about it) so older teens only on this one but for the right kid -- for the one who wants to know what to do with their life but isn’t sure how to work that out -- this book could very well be transformative. And if the kid likes to build things, well then, it’s perfect.

Though I wrote Clear Heart for adult readers, my books always have appealed strongly to teens as well, so the caution is appropriate. Is "sex of the real and raw nature" going to keep people from reading the book? You have been warned...

Posted by Joe Cottonwood at 9:06 AM No comments: