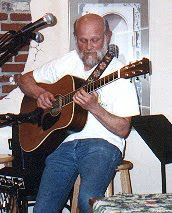 Back in April of 2009, I posted an appreciation of Charlie Cutten, a marvelous La Honda musician, a gentle cherub of a guy with a twinkly grin and a white beard. Now I’ve just heard from Mark Horne, an old acquaintance of Charlie’s. Mark shared some memories. With his permission, I’d like to add them here:

“I first met Charlie in 1978. We spent much of the summer together in Avignon. I had just finished my first year at university and was hitching around Europe. For the first couple of weeks in Avignon I worked in a steel plant during the day and hung around the market stalls under the Palais de Papes in the evening. It was there that I met Charlie and within a short time I had given up the steel plant as I was making much more money 'bottling' for Charlie when he played around the cafes in the centre of town. He was such a nice guy and so talented.

“Some years later, after I had finished at university and joined the corporate world, I was on a business trip to Munich. I was coming up from the Ubahn and heard someone playing and singing in the street above. I knew that voice - Charlie Cutten. When he saw me he just smiled and kept playing; typically Charlie. Later that evening some friends of mine managed to get him a gig at one of the local clubs and we spent too many hours afterwards drinking and remembering the days in Avignon.

"I am now a middle aged guy with my own kids who go roaming around Europe during the summer. I have never forgotten Charlie, his sense of fun and his exceptional talent. I can't believe that he is gone.

“There were a number of adventures/screw-ups that we had that summer like:

“Being relentlessly chased by a farmer when we stole a couple of peaches from his farm. He actually followed all the way back to the leather stall where we were staying. We had to hide under one of the display tables for ages, struggling not to laugh, while he argued with the stall owners that he had seen us come in.

“Meeting a guy called Dr. John J. J_____ who seemed really nice until he started talking about Viet Nam. Apparently he spent the last few years of the war taking guys off death row on the promise that if they survived they would get a reprieve. As you can imagine he and Charlie had some heated discussions. 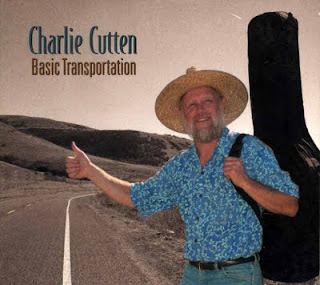 “Walking through Avignon hospital trying to find a girl that was part of our group who had been mugged. We didn't know her name so he walked through the wards playing his guitar trying to get her to recognise us. The matron wasn't very happy but he was a big hit with the younger staff and the patients.”

When we die, ripples of our spirit continue spreading, little waves, farther and farther. Charlie's music still moves me. When I hear his "Rejoice," tingles still run down my spine. Somewhere, Charlie is smiling, still touching us in his gentle, cheerful way.
Posted by Joe Cottonwood at 5:21 PM No comments: 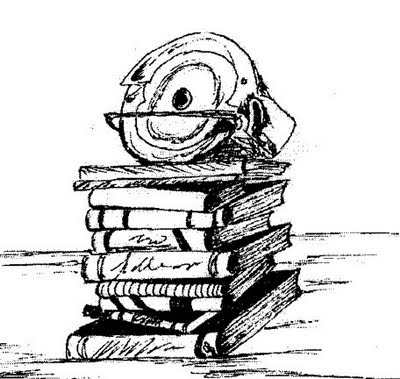 It was a non-union job
and we were less than qualified,
trainable when we weren't too hung over.
The houses were designed
for the working poor;
there was a government loan
available if you qualified.
The boss aimed to be rich
from this niche market.

It was the stinging grip
of the Skilsaw on frosty mornings,
the ladder rungs digging into my soles
as I carried the last bundle of shingles
to the roof,
the knees rebelling as I finished
a concrete garage floor,
the endless painting of walls,
and shoveling pea gravel
in a steady January rain
that put me back in college.

Four years later the boss bought a ranch
and I went to work in a warm library.

The poem is by Gary L. Lark from his book Men at the Gates, which is out of print. The drawing is by Sue Dolen and is from the same book. All the poems in Men at the Gates (but not the drawing) are included in a newer book called Getting By, which you can buy from Amazon. I'll make it easy: Use this link to order Getting By from Amazon.

Attention Gary Lark or Sue Dolen: if you object to my posting your good work, I will remove it immediately. My intention is to honor you.
Posted by Joe Cottonwood at 8:10 PM No comments: