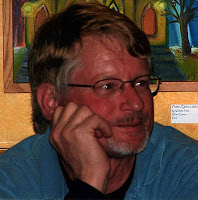 Literature is alive in the redwoods.
And a whole lotta fun.
Last Wednesday
we had our monthly
reading at Sullivan's Pub
in La Honda.

Reflecting the demographics of the town,
three of the readers
were building contractors
(myself, Terry Adams,
and new reader Bob Shelton).

Also reading was a high school teacher (Randy Vail),
a garden designer (Diane Moomey),
an acupuncturist (Kathryn Ryan, who got us writing some great six-word memoirs),
a musician (Gary Horsman),
and more (Bill Bishop, top,
plus Paris and Vanessa). 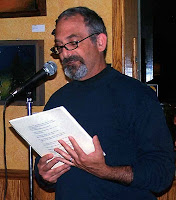 Tom Lichtenberg read bathtub stories, to the delight of his son Johnny.

We heard poems, stories, rants, and a couple of songs ranging from the profound to the profane.

We even had a literary trivia contest, lead by Jane Sullivan herself.

We had a lovely audience, young and old.

Posted by Joe Cottonwood at 10:17 AM No comments: 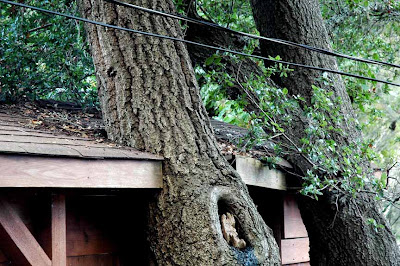 It might look like an insurance claim, but actually the garage was built this way. The oaks have kept right on growing. It's time for an adjustment - of the roof, not the trees. In La Honda, there's no law requiring such accommodation, but people live here because they love the forest. And they try to fit in.
Posted by Joe Cottonwood at 7:49 PM 2 comments: 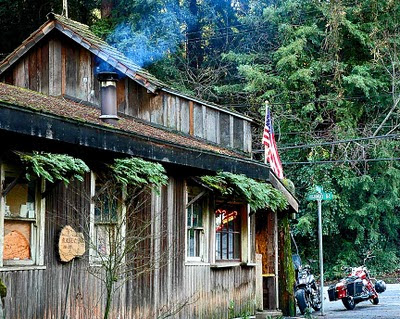 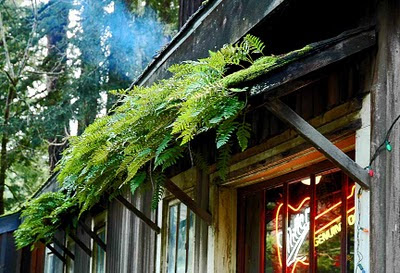 Apple Jack's in La Honda has a beer sign in the window, which somebody put there, and ferns growing above the window, which nobody intended but nobody minds, either. It's all part of living in a redwood forest.

I've posted about Apple Jack's before: here
and here.
Posted by Joe Cottonwood at 1:04 PM No comments: 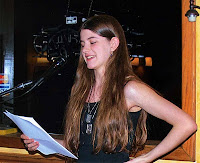 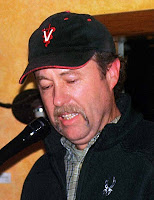 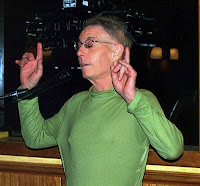 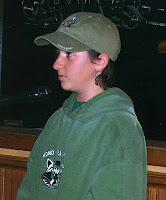 Next readings will be Wednesday, February 24, starting at 6:30 in the bar at Sullivan's Pub. 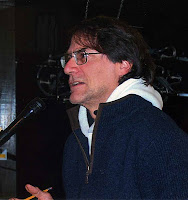 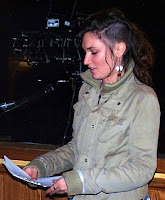 Posted by Joe Cottonwood at 4:51 PM No comments: 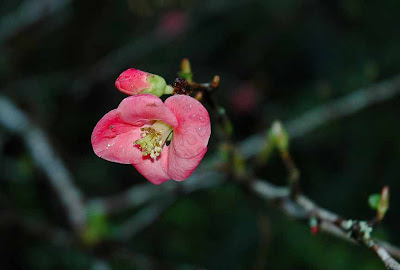 It isn't exactly a wildflower, but somebody planted this quince more than 50 years ago in front of my house, and it has expanded ever since. The first buds appear right after the winter solstice. By New Year's Day, there are flowers. It lifts my heart every year to see this first celebration of the new light. It keeps blooming through June. Nobody prunes or waters or tends this tenacious, rugged plant. Here in the mountains beneath a redwood canopy, it's made itself a home.
Posted by Joe Cottonwood at 8:06 PM No comments: 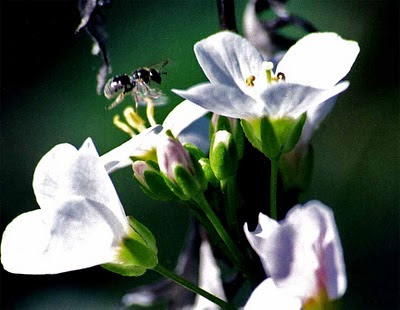 Milkmaids, also known as Toothworts. Always one of the first wildflowers of the year around here. Or, in Latin, Cardamine californica (Brassicaceae). 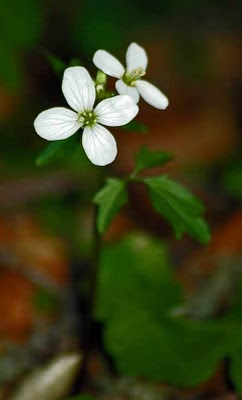 Posted by Joe Cottonwood at 5:21 PM No comments: 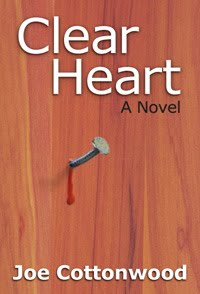 I've received email from listeners in France, Italy, Spain, China, Lesotho, Germany, New Zealand, a pub in Liverpool England and a sailboat in the mid-Atlantic Ocean.

I've had several dozen contractors tell me they know exactly who I based the character of Juke on, and that they employ him (in New York, Ohio, Florida, Oregon, Scotland...).

The Clear Heart podcast won the Podiobooks Founder's Choice Award as one of the 5 best book podcasts of 2008.

In these hard times, I'm glad I could provide something people can relate to and enjoy...

But I've never before seen such a disconnect between popularity and monetary reward.

Podiobooks.com, the host of my podcast, suggests that each listener make a voluntary donation of $9.99 to the artist if you enjoyed the podcast. I’ve made such donations myself for podcasts I’ve enjoyed.

Over the last two years I’ve received less than $100 in donations, which is less than I paid for the microphone ($128, a Samson USB mic).

One problem is that most people download using iTunes, so they never see the “Donate” button on the podiobooks website. I've just added a “Donate” button to this blog, though it hurts my pride. An alternate way to show appreciation would be to buy the ebook or the printed book.

Okay, I'll drop this embarrassing subject now. And whether you donate or not, I hope you enjoyed the podcast. Thanks for all the support and encouragement you’ve given me through your emails and reviews and comments. It means the world to me.
Posted by Joe Cottonwood at 1:49 PM 2 comments: 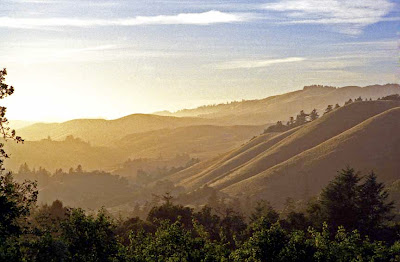 La Honda. The mountains
fading down to the sea.
Sometimes these hills
look like a woman to me.
Posted by Joe Cottonwood at 9:44 PM No comments: 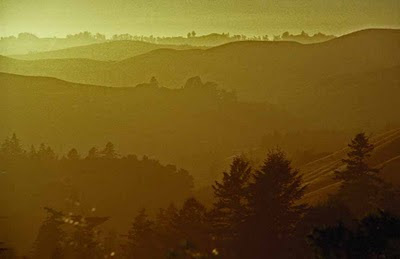 Hills of La Honda. Taken from the same ridge as yesterday's post and the ghostly breath post.
Posted by Joe Cottonwood at 5:06 PM No comments:

Each day we find wonder, if only we look.


Here above La Honda is the same ridge as the foggy one I posted as the Ghostly Breath of God. That’s my son and my dog in the sprouting oat grass. They love these hills. Even on such a marvelous day you can see fog beginning to form in the valley just beyond the trees, which happens to be where my house is located. Weather changes fast. In the center of the photo where the hills on the horizon take a dip, you can see a gray line. That’s the Pacific Ocean, ten miles away, at San Gregorio. Each day we find wonder, if only we look.
Posted by Joe Cottonwood at 10:55 AM No comments:

Am I Still a Criminal?

In September of 2009 I became a criminal in Italy. My crime was to speak my opinion about an incompetent Italian prosecutor named Giuliano Mignini. Mignini responded by saying he would indict me for defamation and further that he would indict the journalist who quoted me and the newspaper that printed it.

Last week, Giuliano Mignini was found guilty by an Italian court of illegal phone tapping, abuse of high office, and dereliction of duty. He was sentenced to 16 months in jail.
Posted by Joe Cottonwood at 8:42 AM 4 comments: