Ken Laundry has lived all of his 94 years on the stony hillside farm where he was born. His land covers 108 acres in the Adirondack Mountains of upstate New York, and it hasn’t changed much during Ken’s 94 years. 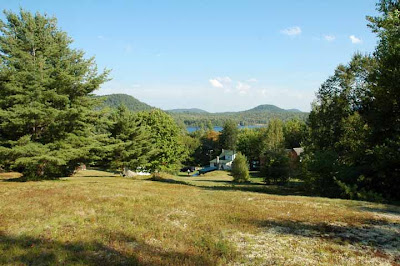 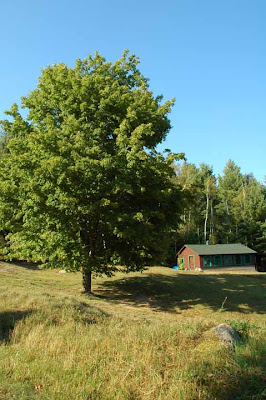 Behind Ken’s house there is an old hen house, built by Ken, which he now uses as a workshop. To the side is an old barn, built in 3 stages by Ken, his father, and his grandfather.

Inside the barn and workshop are a lifetime of tools which serve, I believe, as a definition of the man who owns them. For the next few days as an experiment in blogging, I’d like to try to draw a portrait of a man through the tools he’s owned and the objects he’s built. 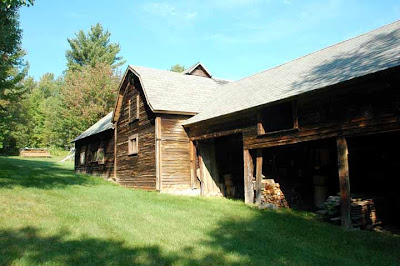 At the age of 7, Ken was swinging a double-bladed ax. He’s been hard at work ever since. He’s got a new one now, but he still keeps an old one lying around, possibly the same one he was wielding at the age of 7.

I’ve only known Ken in his later years as a carpenter, handyman, and caretaker of some of the summer camps on Silver Lake, but in his early years Ken did whatever he could to survive: raising potatoes and chickens, lumbering, even cutting and selling blocks of ice from the frozen surface of the lake. As a teenager Ken and his brother Joe would go out onto the lake with an ice saw.

They cut 100 blocks a day, 12 inches square in ice that was 12 inches thick. “Cutting ice,” Ken told me, “is not a job you’d want.” You bend over and hold the T handle of the saw and push and pull - and you can’t stop for more than two seconds or the blade will freeze in place. You load the blocks with an ice tong onto a sled, pulled by a team of horses. You haul, unload and pack them into one of several ice houses. As an Adirondack man Ken rarely felt cold, but he told me that when you start cutting at 7 a.m. in the middle of winter, and there’s nothing out on the surface of that lake to block the bitter wind, you feel a touch of chill.

Life was never easy in the Adirondacks, but in the Great Depression it was even harder. Ken got a break in 1935 when he did a small job building a dock for a man who owned a cabin on Silver Lake, one of the dozens of simple docks that Ken has built over the years. 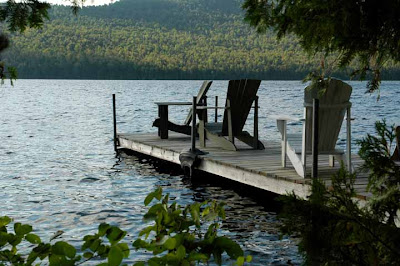 The man appreciated Ken’s no-nonsense style of labor and arranged for Ken to apply for employment with the state prison in Dannemora. 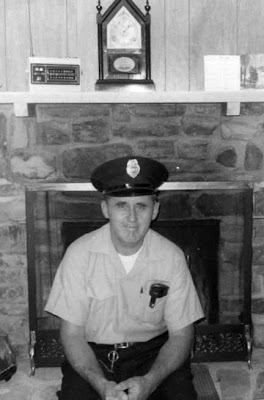 Ken was called in for an interview and a physical. The doctor there said that of all the prisoners and guards he had examined, Ken was the strongest man he had ever seen. Then during the interview, they asked Ken what he could do - what skills did he have? Ken replied, “I can work.” They liked that answer, and they hired him. As a prison guard Ken worked 12 hour shifts, 24 consecutive days followed by 4 days off.

In 1971 Ken “retired” after 35 years at Dannemora and spent the following 35 years as a carpenter, handyman, and farmer.

Ken is not a bulky man and would look puny beside the cosmetic muscles of some bodybuilders today. But I wonder if Sylvester Stallone or Arnold Schwarzenegger could put in 12 hour days, day after day, year after year, cutting and hauling ice, felling trees, splitting lumber, plowing for potatoes. 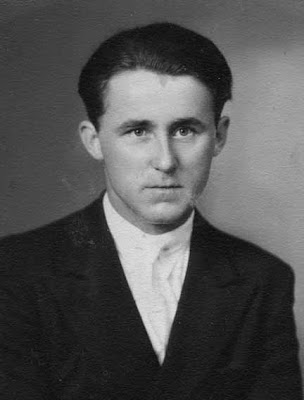 In a bitter mood once, Ken told me that there's one key to how you get ahead in life, as when he got that job as a prison guard at Dannemora: "It's who you know." I answered, "Ken, it's not who you know. It's who you are. That's why they hired you." But I couldn't convince him this was true.

Three words. Ken had already said them: “I can work.”

Note: You can click on any of these photos for a larger view.
Posted by Joe Cottonwood at 11:44 AM