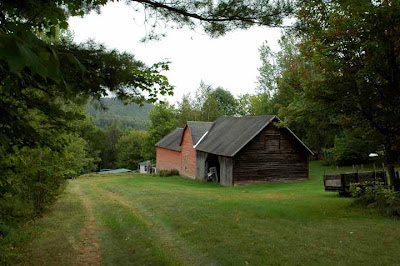 “As long as you keep a good roof on an old building it’ll last near forever.” That’s what Ken told me, and his barn is living proof. The structure is actually 3 separate, connected barns built in 3 stages by Ken, his father, and his grandfather. The oldest section is the cow barn, built in the late 1800’s using cedar timbers and siding that were even older, salvaged from a previous barn. The timbers support the ceiling. 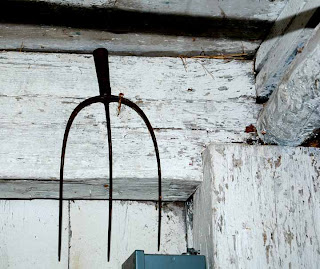 The style is post and beam, and after 120 years or so, it’s still sound.

The “newer” section of the barn, built a mere 75 years ago, uses the same technique.

This section Ken built himself as a young man, and like his grandfather he recycled the lumber from some other structure: 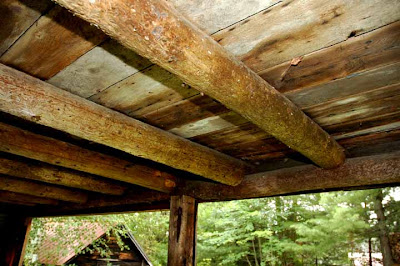 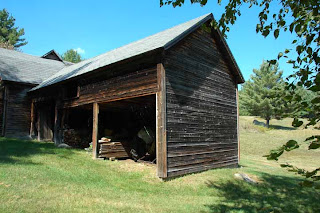 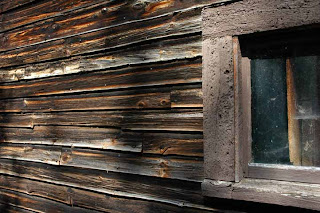 A few years ago, Ken started to stain the siding, but you can see where he stopped. I asked him why. “A guy told me the siding was worth more, a lot of money, if I left it natural,” Ken said.

In a warmer climate such as where I live, where insects and fungus attack wood from the ground and from the air, where an outbuilding isn’t frozen solid for half the year, a good roof isn’t enough to make a shelter last forever.

It isn’t really enough in the Adirondacks, either, but still it’s a pretty good philosophy of life. Ken has no intention of tearing the siding off the barn and selling it, but he’s a practical man who has seen his share of rainy days. And snowy ones. Like a savings account in a bank, he keeps the siding, just in case.

Ken doesn’t use the barn much any more. It’s a storehouse of tools and old farm equipment - and a few memories. Some evening, after a glass of scotch, sitting by a warm stove Ken might tell you about the time he ended a mouse infestation in that old stable. These mice were so intelligent, you couldn’t catch them by traps or by cats. So intelligent, in fact, that perhaps they could read. And so Ken posted a sign: ALL MICE MUST VACATE THE PREMISES. Sure enough, the mice seemed to go away, seeking a new home, perhaps somewhere nearby. Problem solved. A couple of weeks later, one of Ken’s neighbors was complaining about a new infestation of mice in his barn. Ken just listened to the neighbor and nodded, revealing nothing. 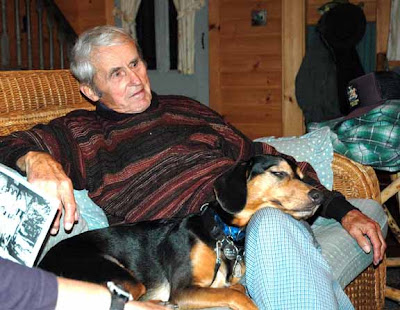 Or depending on the evening and perhaps the kind of scotch, Ken might tell you it wasn’t a sign, it was playing music on the radio that drove out the mice. The music kept the cows calm so they made better milk, but the mice couldn’t stand it. Either way, there was the same befuddled neighbor, the same dry telling, and the same twinkle in the eye.

Recycling isn’t a new concept. Ken learned it from his grandfather, and he practiced it with good results whether it was lumber in a barn or an old story by the stove.

[You can click on any of the images to see a larger view.]
Posted by Joe Cottonwood at 4:29 PM